For example, picture #1 was taken in the late afternoon on a clear sunny day. As you can see, the overall color tone in the picture is warm. Picture #2 was taken on a cloudy day and the color tone is much cooler.

The natural outdoor light will also affect the camera exposure settings you use. For example, dark and light areas in the same scene can at times, cause your camera's light meter to produce underexposed or overexposed images.

​Take a look at picture #2. The picture was taken using the automatic exposure mode. The camera's light meter read the bright area in the background clouds and made the overall scene a little underexposed. (perhaps for some peoples tastes)

By noticing the background light, the photographer could have adjusted the camera exposure settings to make the picture a little lighter. (if that was his preference) The point here is that paying attention to the light can influence some of the decisions you make when you are out taking pictures.

That is while keeping in mind that shadows may appear darker and bright areas may appear brighter in your images than they appear as seen through your eyes.​

The outdoor conditions being referred to in this tutorial are simply are whether the sky is generally clear or cloudy. Taking outdoor pictures of areas that are in the shade is similar to taking pictures under cloudy conditions.

The time of day you are taking pictures can affect the look of your images because the intensity and direction of the sunlight and shadows change during the day. The color tone in your images will also vary, depending on the time of day you are taking pictures along with the weather conditions.
Outdoor Conditions- Clear Day vs Cloudy Day: Direct sunlight on a clear day will give a subject a different look than light that is diffused by clouds or light that is bounced or reflected into a shaded area.

Direct, bright sunlight on a clear day is referred to as hard light. Depending on the angle of the light, there may be pronounced shadows on the subject.

In picture #3, which was taken on a pretty clear day, one side of the church tower is brightly lit by the sun and the other side is in shadow. The sky has its natural blue color.

Picture #4 was taken on a very cloudy day and the entire tower is evenly lit by the diffused light. The sky looks gray due to the complete cloud covering. So what you are seeing is two pictures of the same subject, taken under different outdoor conditions, resulting in two different looks.

One look is not necessarily better than the other, but it can be helpful to have a general idea about what your images will look like even before you ​take the shot. 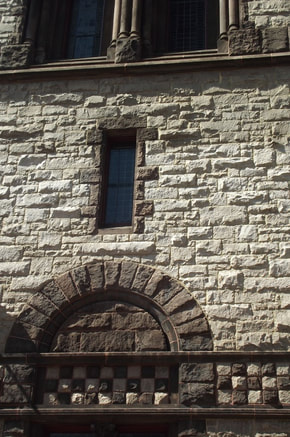 Image #5, contrast shows more detail in image
Bright sunlight will produce more contrast  in an image than the diffused light from a cloudy day. Contrast is the tonal difference between light and dark areas.

​The amount of contrast in a scene can increase or decrease the amount of noticeable detail in your image.

For instance, picture #5 was taken on a clear sunny day. The shadows that are cast on the bricks, though not very dark, creates contrast, which helps to bring out the texture of the wall better.

​If the picture was taken on a cloudy day, the texture of the bricks would not appear as rough as they really are due to a lack of shadows.

However, high contrast due to shadows from direct sunlight may have an undesired effect on certain subjects. For example, outdoor portraits with pronounced shadows showing on part of the subjects face are not always effective.
Picture #6 below with direct sunlight coming from one side has bright highlights as well as shadows falling on the subject. This type of lighting is not flattering for most portrait subjects.
​​​Take a look at picture #7. Although the background is still brightly lit by the direct sunlight, the woman is now standing in a shaded area.The lighting on the subject is now more even which makes for a more appealing portrait.

So remember that the light on a cloudy/overcast day does not appear as bright or harsh as light on a clear,sunny day. Pictures taken on overcast or cloudy days will produce very soft shadows if any at all. The same applies to pictures of subjects taken in shaded areas.​
​Time of Day Affects Overall Color Tone of Image: The color tone in your images will vary depending on the time of day you take your pictures. (that is, in addition to the weather conditions)

On a clear day, as the sun begins to rise in the early morning , you might see yellowish, orange, and even reddish tones in the atmosphere, especially near the horizon. (see picture #8) Those color tones will begin to quickly fade as the sun rises higher above the horizon.
​However, even after the deeper sunrise color tones fade, there will still be a warm, slightly yellowish tone in the atmosphere from the sunlight. (for about an hour after sunrise or an hour before sunset) ​

You might not notice or pay attention to the warm light after sunrise or before sunset since it is not overwhelming, but it will definitely show up in your pictures. Picture #9, which was taken an hour or so after sunrise is an example.

In the morning, as the sun continues to rise, those warm tones will gradually fade until midday when the light will be somewhat colorless or neutral. Midday light is the brightest and often harshest light of the day. (when conditions are clear) At mid day, when the sun is at its highest peak, the light may produce hard, sharp, downward shadows on a subject. 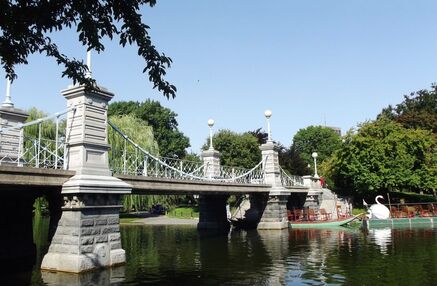 Image #10, Mid Day light with neutral tone
Some photography articles will hint that it is not a good idea to take pictures at that time of day. However, that is not a practice that you should necessarily follow.

Take a look at picture #10. It was taken around mid day and the strength of the sunlight and any shadows in this case don't seem to detract from the image.

​The decision as to whether or not you take pictures in the midday sun should depend on your subject and whether the final image will be acceptable to you.

​After midday, the color tone in the atmosphere will gradually become warmer as we head towards sunset.

Take note that the visible color tone of a picture taken at noon will not be much different than one taken at 2:00 pm. However, the warmer color tones will be more noticeable as we move into the late afternoon hours. Then, once the sun begins to set, the deeper yellowish, orange, reddish tones will again begin appear until the daylight disappears into the night. 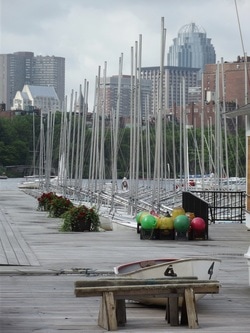 Image #11, Cloudy day with a cool color tone
​If you are taking pictures on a partly cloudy day, the tone will still be generally cool. ​​Picture #11 is another good example of a cool color tone.

​However, any direct sunlight reaching your subject that is not diffused by clouds will have the normal characteristics for light at that time of day.

In closing, it is an undisputed fact that you can't change the natural light outdoors. Yet, just knowing how the light can affect the look of your images may affect how, when, and where you take your pictures.

Remember that the available natural light might not always fit what you want, but you should still strive to take the best possible shot with the light that is available.